In 1904, Joseph Peco came to America to pursue opportunities for a better life. Spending his youth working in many different shops, Joseph quickly learned the skills necessary to realize his dream of owning and operating his own business. Joseph also delivered beer barrels for Wilmington brewery giving him a unique perspective into the liquor Business. But it wasn’t until 1930 that Joseph’s life would change to make his dream a reality.

It was at a childhood friend’s wedding in Italy where Joseph met the love of his life and future wife, Frances. Joseph came back to America with his bride and with her support he was able to open Peco’s Liquors on June 26th 1936. Peco’s has been a family enterprise ever since. Back then, Peco’s offered a small market and delicatessen which sold groceries in addition to the wine, spirits, cigars, and beer it features today.

Peco’s has grown to meet the needs of its community ever since its opening. In 1942, Joseph refocused the store to sell wine and spirits exclusively. With this change, Joseph and Frances committed themselves to providing the finest quality wines, spirits and beers for their customers. This commitment to the community remains unchanged to this day.

With Joseph’s death in 1954, Frances took control of the business. The business inevitably passed into the hands of Joseph’s daughter Rita and her husband Frank Gazzillo. Frank left his job as a bricklayer to become the manager of the store and truly proved himself to be Joseph’s successor.

Frank rose to meet the changes of the next half a decade. These included both the personal challenges like a 1986 fire that closed the store for three months and meeting the community’s needs and demand by adding a greater selection of fine wines and spirits. Frank carried on the legacy of Peco’s by redoubling efforts to work for his customers. He renovated the store multiple times, which included the addition of floor space, a wine cellar and a walk in humidor room.

Peco’s continues to modernize while maintaining its family spirit. In 1993 Rita and Frank’s daughter Francine Mulvihill joined the company as the director of operations. Francine has been assisting in the daily operations as well as modernizing the store since.

Francine’s son Ed Mulvihill has followed in the tradition of his family. Recently graduating from St. Joesph’s University in 2011, Ed has contributed to meeting the needs of the store’s customer by organizing wine tastings, selecting new products, and handling the store’s marketing. In 2013 Ed lead the charge for filling growlers in Delaware. Ed coordinated with state officials and fellow retailers, in drafting and ultimately passing legislation that allowed liquor retailers in Delaware to fill Growlers. Peco’s was the first store to open their growler bar.

In 2015 after working side by side for nearly 60 years, Frank and Rita, poetically passed away less then 6 weeks apart.   Despite the grief, their remaining family, and beloved staff felt they collectively pulled together to ensure that their legacy would live on.

For 85 years Peco’s Liquors has stood in its original home at the corner of Philadelphia Pike and Marion Avenue in north Wilmington. And it has stood by its commitment to its customers just as long. Peco’s is proud to be a family business and we invite you to be part of our family. Our customer service is second to none, so whether you are an old member or new to our family come in and let us serve you the very best. 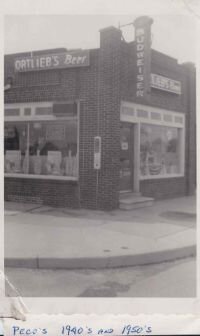 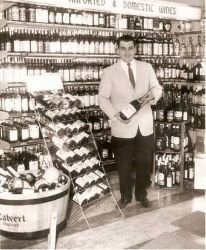 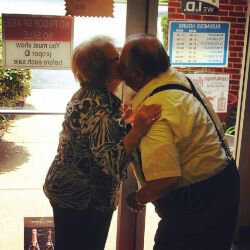 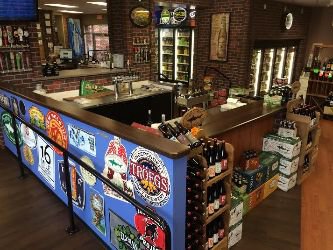